The world is increasingly veering towards customization; from mass production we are seeing something called ‘mass customization’.  Manufacturers and retailers are offering custom solutions for anything and everything and the speed of customization can be compared to the speed of assembly line products churned out for mass consumption.

The need for customization is an offshoot of the need for people to brand themselves. Right from a child of 5 to a man who is nearing 70 years of age; everybody wants a unique identity that helps them stand out from the crowd. Yes, I am not joking, even a child of 5 understands the need to be different these days!!!

This increasing need for “self branding”, “self promotion’ has led to a demand for custom consumer items, a demand that is going to shoot up this year, in 2013. If you look around you, you will find a manifestation of this trend, in the form of custom T-shirts. Yes, they are increasingly turning into a tool for making a personal style statement.  More than “Clothing’, T-shirts are turning into a more personal way of telling the world what the wearer thinks, wants to do,  his opinions and everything and anything else.

Consumers Love Being a Part of the Process

I love biscuits and if I was given an opportunity to make my own biscuits, without spending a bomb, I would take it with both hands and a leg. The ‘design your own’ feature leverages the potential of this inherent attraction of consumers to be a part of the production process. If they know they are going to be a part of it, they will be excited to go through it. It’s almost like an adventure for them; they can be a part of something that they hadn’t really thought about all that much.

This will give them an impetus to try out your T-shirts. It’s something that will boost your profits, so why not make them a part of the process?

The Technology is here

As a manufacturer or a retailer, you don’t really have to make too much of an effort to offer this feature to your customers. With rapid advances made in printing technology and its integration with the reach and power of the World Wide Web, there are plenty of ways and means that allow you to engage directly with your customers.

All you will need to do is integrate web-enable T-Shirt Design Software with your site, through which a customer can design his very own T-shirt. All he will need to do is follow the drag and drop instructions and create a T-shirt that suits his needs and requirements best.

Nobody knows Themselves Better than the Consumer Themselves

As somebody selling something to a target consumer, you are supposed to cater to their interests and preferences. But tell me, can you be absolutely sure that you know everything about them, their likes and dislikes, so much so that you know for sure that the design of a particular T-shirt is going to interest them?

The truth is that you don’t.

So, why not give the designing reins to somebody who knows inside out about all that the consumers like and what they don’t like – the consumers themselves. Yes, an ordinary consumer is not so ordinary any more. They are very clear about what they want and what they don’t. So, don’t risk giving them something they don’t want. This is why allowing them to design their own T-shirts is more than just a good idea… it’s a great idea.

Consumers are not just becoming increasingly self aware, they are also becoming more aware about the world around them. They have more opinions than ever before and in their own way, they want the world to know them. What better way to showcase their ‘thinking’ to the world than wearing it on their body. This is the reason why self designed T-shirts are all set to be the next rage in town.

A T-shirt that they have designed themselves gives them a great opportunity to make a personal impression without making an effort.  T-shirts are the new age tool that makes ‘branding’ more of a personal experience.

At the end of the day, offering such features will make your business even more competitive. 2013 will herald a new dawn for printing technology and your business needs to be at its forefront. The “Design your Own” feature is just one of the many ways that will help you boost your sales figures, this year. 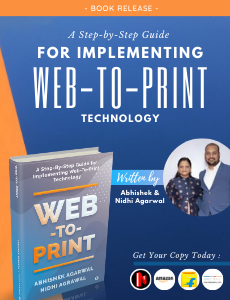 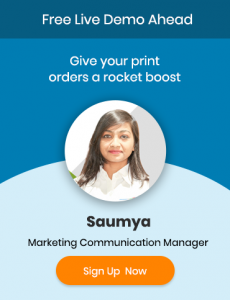 We are Featured In